Megan Horrigan, mhorrigan@gwmail.gwu.edu
Megan Horrigan graduated from Lewis and Clark College in 2009 with a degree in International Affairs and Chinese language.  Following graduation, she obtained her TESOL certification from the International Language Institute of Massachusetts and moved to China to teach English.  She returned to the United States in 2011 and struggled with her own re-entry and reintegration into US culture.  One thing she found particularly helpful was volunteering as an English tutor for local Chinese college students, which helped her to maintain her language skills and get a taste of her old her life in China.  Megan finally decided she wanted to help more young people have transformative international experiences like the the one she had, and enrolled in a Master's degree program at the George Washington University. Megan will graduate in May 2014 with a MA in International Education. 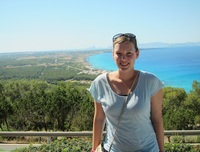 Megan Matheny, mmatheny@gwmail.gwu.edu
Megan Matheny graduated from Penn State in 2008 with a degree in Film & Video and English Literature.  Growing up in a military family meant moving with her family to new places every few years, which she believes lead to her love of traveling and exploring different cultures.  Yet the most influential time Megan spent abroad, putting her on the path to pursue a career in international education, came when she was accepted to the Spanish Ministry of Education's Language and Cultural Assistant program in 2010.  She lived and worked in Mallorca at a primary school for two extremely fulfilling years.  Megan will graduate in May 2014 with an M.A. in International Education and would like to help others have the same kind of fulfilling experiences abroad.  She also hopes to help students with their re-entry transition in order for them to benefit to the utmost from their experiences. 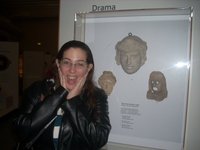 Miranda Marchese, marchesem@gwu.edu
Miranda Marchese graduated from Boston University in 2012 with a degree in English. One of her best experiences during her time at BU was studying abroad with BU's London Literature Programme in London, England. During her time in London, Miranda toured the Lake District and the Brontë parsonage, which influenced her final research paper on the lives of governesses in 19th century England. Miranda will graduate in May 2014 with a M.A. in Higher Education Administration. She currently works as the Graduate Fellow for the Office of Parent Services at GW.  After she graduates, Miranda hopes to work with an orientation or first-year experience program at a college or university.
Powered by